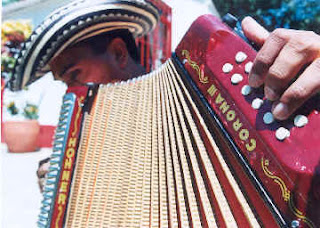 Having grown up in Barranquilla, one of the biggest cities in Colombia by the Caribbean Sea, I could simply say that Latin Pop is my favorite music along with Shakira. Everybody knows Shakira and her Waka-Waka; but just five hours away from my home town, there is a rural area where people as early as five years of age, speak with an accordion. Vallenato Music is my favorite one because it makes me feel like home whenever I want to be there. I love artists such as Leandro Diaz because he used to make music that speaks to the heart.
In Valledupar (Valley of Upar), a city located in the northeastern portion of my country Colombia by the Magdalena River, is where Vallenato was born. This is a place that most Americans would never visit, but many Colombians would not do it either.  To understand the origins of the Caribbean’s Colombian music, it is necessary to understand first the geography of the region. Two large rivers flow into that Caribbean Basin. These are the Mississippi River in the south of the United States and the Magdalena River in Colombia. The same way that Blues reflects the experience of the people; music that comes from the Magdalena River talks not only about the struggles, but the everyday life that a lot of the people in a very poor area of my country experience.
The accordion is the soul of Vallenato among other instruments such as drums and guacharaca. The last one was named after a Caribbean bird since it sounded similar. It is a friction instrument in a mini-canoe shape made of Palm Tree wood and played with a hard wire fork. These three instruments are a token of our culture; Spanish, Indigenous, and African. The accordion was brought to Colombia from Europe about a hundred years ago. It came with no teacher; for which people had to do the best they could do with it to make music and have fun. 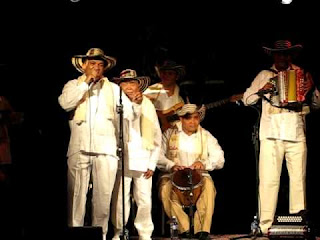 Ladies and Gentleman I come here to explain
There is a new enchantress of the Colombian plains
Yes, our lands are now truly blessed
We have among our people a beautiful crowned goddess
Indeed our future now looks quite bright
With a charming goddess here in our sights
On her head the goddess wears a queen’s crown
And brings her exquisite beauty to our Magdalena town
The song above – The Crowned Goddess (La Diosa Coronada) – Was composed by Leandro Diaz; he was born in 1923 and died in 2013 at the age of 85. Diaz was a Colombian Vallenato singer-songwriter along with being my favorite one. Despite the fact of being born blind, he started writing at the age of seventeen.  He never saw anything at all, but was such a good soul that he developed the ability of seeing through his senses what his eyes could not see. It is fascinating how Diaz was able to write and sing such beautiful songs about women without ever being able to see them.
Forty years ago Vallenato was despise due to the fact that was mainly sung by farmers; but nowadays it has come such a long way because it touches the heart of the people. There is no need to know where it comes from or even speak Spanish. After only three minutes of listening to it, everyone could feel the music and fall in love with it. Vallenato for me is like a passageway that I walk through every time I want to go to Colombia. Every time I want to be home.
Publicado por Unknown en 21:28 No hay comentarios: 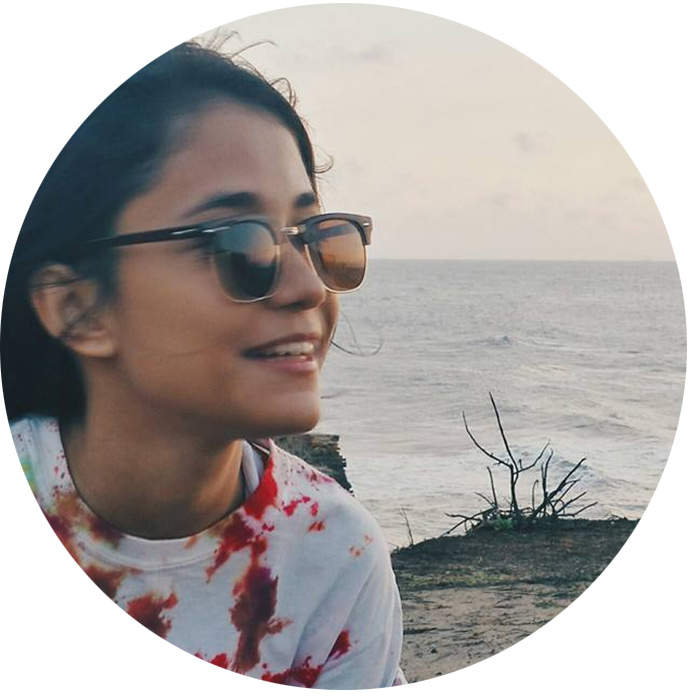